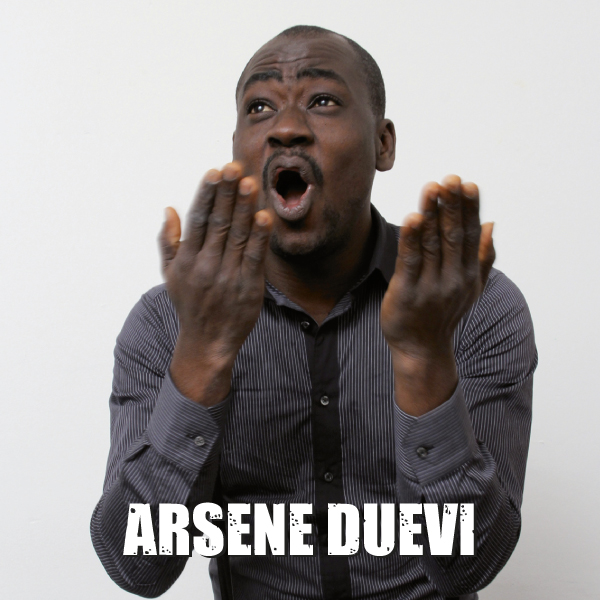 Arsene Duevi – bass and guitar player, singer, choir director, composer and ethnomusicologist– arrived in Italy in 2002 and is now an Italian citizen. Continuing Arsene’s reputation for being a music shaman, on his second record “Haya” (Musicamorfosi 2016), which premiered in Rome at Parco della Musica and in Milan at Blue Note, he sings in Ewè, Italian and French. His own original compositions all share the same message coming directly from the Southern hemisphere: choose life, don’t let yourself be used by money, never give up, hug one another, stand up, sing and make your voice stand out in a sea of other voices. Haya is Ewè for “rejoice” and it is Arsene’s new soul-moving hymn celebrating life. In “Out of Africa” (Afrika Nye) (2010), Arsene sang about the colors of a country which is impossible to leave behind, with “Haya” (2016) he celebrates the life and the hope of those who emigrate. Performing as a true showman and shaman he takes us on a journey to the root of sound.