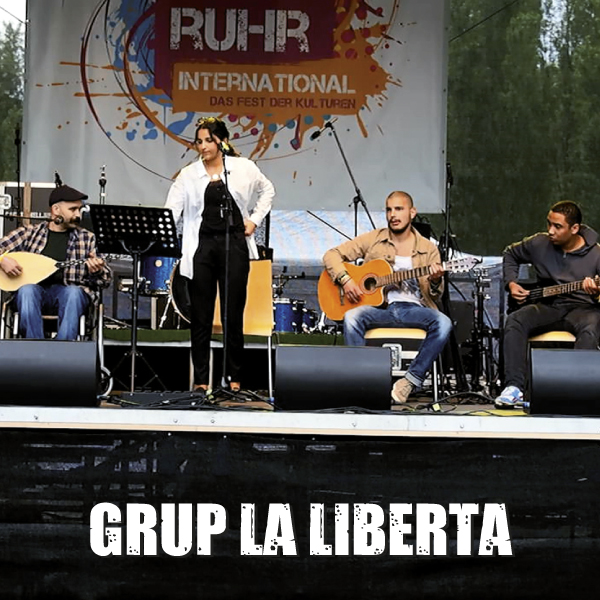 2018 is going to be the third time that Grup La Liberta will be performing at Ruhr International. Founded in 2014 by “Jugend- und Kulturverein” in Duisburg, the band sings in Kurdish, Zaza, Armenian, Spanish and Turkish. Its members are migrants who play ethnic music and protest music as amateur musicians. They are politically aware and pay attention to society problems. This is also the reason that you can not only find Grup La Liberta at musical events and festivals but at demonstration and gatherings as well.