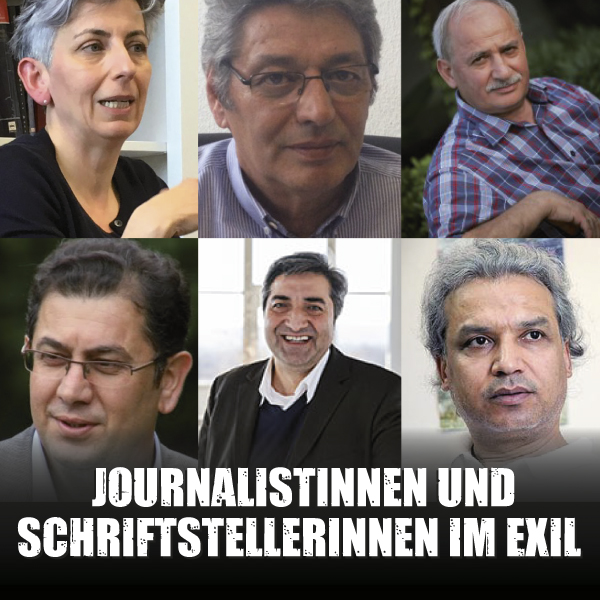 Turkey is one of the countries with the most imprisoned journalists worldwide. Especially after the coup attempt in 2016, hundreds of journalists were arrested, media critical of the government were shut down, and almost a thousand press passes were canceled. Foreign journalists were denied accreditation or refused entry.
President Erdogan, as well as pro-government academics, journalists, celebrities, and writers consistently preach that media are nowhere more free in the world than in Turkey. However, Turkey ranks 155th in the world press freedom index and slanders public figures who are often attacked and lynched by fanatics of the Erdogan regime. Erdogan and his regime specifically target journalists and writers and strategically abolish all freedom of the press.

In Germany, attention is focused on a few prominent cases, such as Deniz Yücel or Can Dündar, former chief editor of the daily Cumhuriyet. However, there are still hundreds sharing their fate. In the course of this year’s Ruhr International the aim is to call attention to the bitter fate of some of these Turkish journalists and writers and express solidarity for all of the academics, journalists, politics, and writesr who are currently still detained. They have done nothing but their jobs.

Especially we, as Germans, should know from our ownhistory what the horrific consequences of repressive measures like this can look like. The era of National Socialism has shown what can happen if the press is subordinated to the government and misused for publishing ideologies and manipulating an entire nation. The freedom of the press in Germany is a matter of course for most citizens and politicians. This self-image should apply everywhere in the world. Democracy is only valid if freedom of expression and freedom of press are part of society. Freedom of press and expression are global human rights and must not be withheld from anyone.