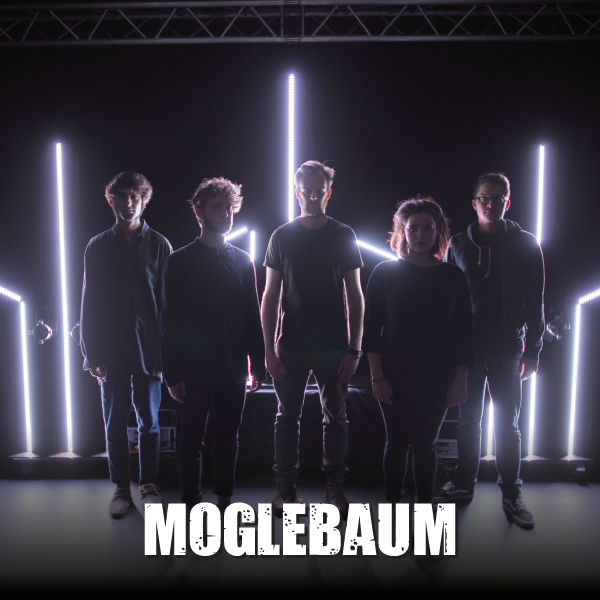 The five-person band combines electronic club sounds with acoustic elements and soulful vocals. Modern pop music and futuristic beats, earthy drum and saxophone sounds and a unique sound design: An organic mix which made it to #1 of the Spotify Global Viral Charts in 2016.

For 2018 the members of Moglebaum have got new plans. Alongside a 7-Song-EP titled “Grown Heart”, which was published in January 2018 by US label “About to Shine”, the five musicians are going to upgrade their live and light show. Their signature LED-trees create a sensational scenery, which they have already presented at national and international festivals, such as MS Dockville, the Juicy Beats Festival, Meadows in the Mountain (Bulgaria) and The Lost Party (India).