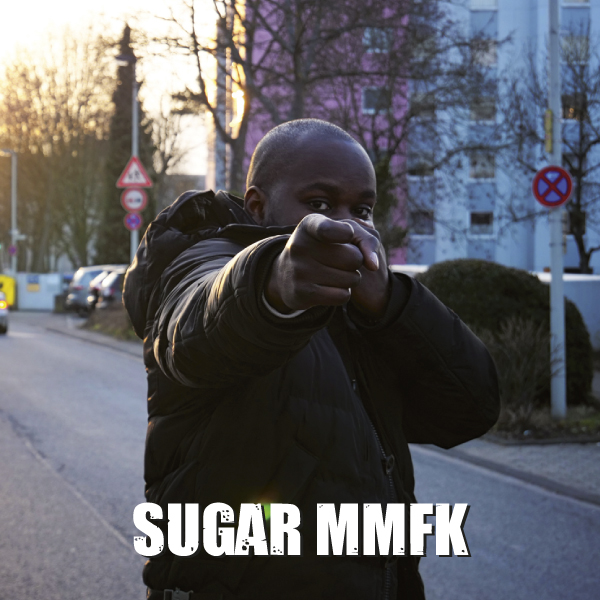 The 25-year-old Sugar was born in Linz on the Rhine. His parents are from Angola and fled the civil war shortly before his birth. As a little troublemaker Sugar had to change schools several times before he eventually came to Bonn. The city is the crucial point of his personal stories. He talks about hanging out with the boys, drugs, and violence. From the down sides and rough streets of the former capital, since Sugar has spent most of his time. In doing so straight rap music meets melodious vocal parts.

Since the end of last year Sugar MMFK has practically been in a release frenzy. His new singles “CinqTrois Szenario”,“Trikot von Paris” and “Lass Laufen”, the latter with Bantu nation artist NU, all contain elements of a genuine street rap track: bouncing beats, lyrics on point, and loads of credibility.